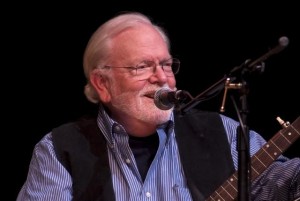 Rick Bunting
Rick Bunting has enjoyed a rich and varied musical life which has included Work as it soloist, conductor and stage director as well as his performing with the Susquehanna String Band. His educational experience ‘has also spanned a broad spectrum from all levels of public school to both undergraduate and graduate college teaching. He is a-Professor Emeritus from the Crane School of Music at SUNY Potsdam where he served as both conductor of the renowned Crane Chorus and Chair of Music Education. He is a vocalist as well as a musician, and performs on banjo, concertina, flute, piano, and lap dulcimer. He has written textbooks on traditional American music in the classroom and lap dulcimer instruction, and has produced a collection of mountain dulcimer recordings. He has long been recognized for his vocal renditions of Scottish airs and ballads, said Ellen Wahl, artistic director for the music hall. “Complimenting this great vocal tradition, Bunting excels instrumentally on banjo, lap dulcimer, concertina and flute. His curriculum work featuring traditional instruments has delighted students throughout the Northeastern U.S.” 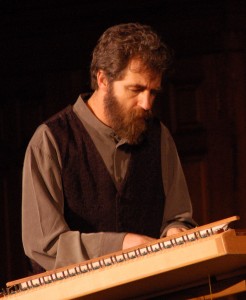 Dan is a nationally touring performer and teacher. As recipient of the prestigious National Hammered Dulcimer Championship, Dan’s accomplishment, though based on technical merit, is even more considerable as he is the first winner to have performed all original compositions. Dan has recorded four CDs of original compositions  and a Family album of original songs. In addition to maintaining an active touring and teaching schedule, Dan is currently at work on several new projects. He has designed and marketed a hammered dulcimer unique with its extended range of notes , full sound, and lightweight portability. A book of Dan’s original compositions for dulcimer and guitar, as well as book of original children’s songs, is soon to be released.Selections of Dan’s recordings, have been aired on National Public Radio. Dan’s dulcimer work can also be heard on Paul Simon’s Grammy nominated CD “Your The One” released in October of 2000 and “The Paul Simon Collection” released in 2004. www.esperanceproductions.com 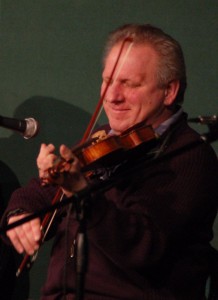 John Kirk
John’s lyric voice, good sense of humor and versatile instrumental skills have earned him folk music recognition on an international scale. He demonstrates a vast knowledge of musical traditions and teaches at Skidmore College in Saratoga Springs, NY, and at Bennington College in Vermont. In addition, John’s been working as a teaching artist for primary and secondary school residences for three decades.  In duet appearances with his wife, Trish Miller, they teach music, dance and entertain for concerts festivals and special events. The U.S. State Department and Jazz at Lincoln Center selected the band, Mountain Quickstep (John, Trish Miller, Sara Milonovich & Greg Anderson) for the 2011-12 season of The Rhythm Road: American Music Abroad. As a musical ambassador, in addition to performances, he directed workshops and music exchanges with bands from Kosovo, Bulgaria, Moldova, and Turkey. John works part-time with The Dawnland Singers and the Vanaver Caravan. There are ten recordings where he is the featured artist and John’s been guest performer on over a hundred and thirty more. He can be heard on Ken Burns, “The West”, with Jay Ungar, Molly Mason and on other TV, video, radio and theater projects.  The Dixie Chicks recorded his song, “Long Roads”.  www.johnandtrish.com

Pages on Our Site